African Development Bank (AfDB) has projected that if governments in Africa frontally tackle the challenge of unemployed among the youths, the potential for the continent to grow at between 10 percent and 20 percent annually will translate to concrete reality.

The President of the Bank, Dr. Akinwumi Adesina, who made the forecast, said that the AfDB Group intended to create 25 million jobs to benefit 50 million youths over the next 10 years through skills development.

He said this feat would be achieved through the Presidential Youth Advisory Group (PYAG) that was inaugurated on the sidelines of the 6th EU-Africa Business Forum in Abidjan. The PYAG comprises nine members under the age of 40 years, who have made significant contributions to the creation of employment opportunities for African youths.

Adesina said: “This is a huge opportunity for Africa. If we fix the youth unemployment challenge, Africa will gain 10-20 percent annual growth. That means Africa’s GDP will grow by $500 billion per year for the next 30 years. Africa’s per capita income will rise by 55 percent every year to the year 2050.”

He explained that out of the 13 million youths that enter the labour market each year, only three million, representing about 33 percent of the youths, are in wage employment, while others are either underemployed or in vulnerable employment.

According to the AfDB chief, the yearly gap of more than 8 million jobs is projected to get worse, with the number of youth expected to double to more than 800 million in the next decade.

Adesina, who lamented that “Africa has an unemployment crisis among its youth,” noted that unless employment opportunities were created for them, Africa’s rapidly growing population of youths can give rise to serious social, economic, political and security challenges.

Meanwhile, the European Union is lending its support to the initiative as it joins African heads of state at the 5th African Union – European Union Summit in Abidjan, Côte d’Ivoire, to discuss youth employment. 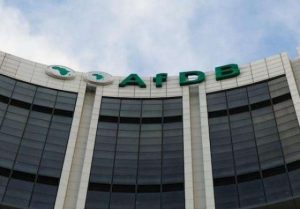 The two-day Summit held every three years in either Africa or Europe, take stock of the progress made in the implementation of commitments and provide political guidance for further work.

The Africa-EU Partnership in a statement noted that “taking stock of the progress made since the Brussels Summit in 2014, African and European Leaders will be given the opportunity to provide political guidance in order to jointly address current and future challenges and to deepen their strategic partnership, launched in 2007 with the adoption of the Joint Africa-EU Strategy.”

Also, the leaders discussed the future of AU-EU relations, and focus on investing in youth. The Partnership leaders stated that” this is a key priority for the AU and the EU as 60 percent of the African population is under the age of 25.”

The African Development Bank (AfDB) and technology solutions giant, Microsoft, on Tuesday today launched the ‘Coding for Employment’ digital training platform, an online tool to provide digital skills to African youths across the continent. The platform, launched at the 2019 African Economic Conference in held in Egypt, aims to promote a continuous learning culture among […]

The Monetary Policy Committee (MPC) of the Central Bank of Nigeria (CBN) ended its two-day meeting in Abuja on Tuesday, retaining the key lending rate at 14 percent. The committee’s 263rd meeting, which was chaired by the chairman and CBN Governor, Godwin Emefiele, also left the Cash Reserves Ratio (CRR) rate at 22.5 percent. Emefiele […]

Japan’s central bank, Bank of Japan (BOJ), on Tuesday was reported to have become the first among G7 nations to own assets collectively worth more than the country’s entire economy, following a half-decade spending spree designed to accelerate weak price growth. Online reports by Reuters indicate that the bank’s 553.6 trillion yen (4.87 trillion dollars) […]