During A Meeting Between The SEC And Penresa In Abuja

During The Launch Of Lagos Recycle Initiative By Heritage Bank And LAWMA At LAWMA’s Office, Lagos 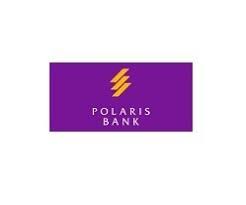 The Senate on Wednesday screened and confirmed Abdulrasheed Bawa as the substantive Chairman of the Economic and Financial Crimes Commission (EFCC). The nominee, who was accompanied by officials of the anti-graft agency and well-wishers, was subsequently interviewed for almost two hours by the lawmakers, who also described his choice by the President as commendable. They […]

Again, CBN Justifies Stance On Prohibition Of Cryptocurrencies In Nigeria

During The Star Prize Presentation Of N5 Million And A Brand New Ford Ranger to Iyeh, Which Heritage Bank Was The Lead Sponsor Of The Next Titan Season-4 In Lagos

During A Meeting To Brief President Buhari On The Afreximbank Cooperation With Zamfara State For Solid Mineral Development Put Together By Heritage Bank And PAC, In Sochi, Russia, Weekend

During The Launching Of Big Brother Naija- Season 3, Which Heritage Bank Is One Of The Lead Sponsors, At Weekend In Lagos.

During The Sensitisation Programme On The Voluntary Assets And Income Declaration Scheme (VAIDS) Hosted By The Enugu State Government On Tuesday In Enugu.

Again, CBN Justifies Stance On Prohibition Of Cryptocurrencies In Nigeria

The Governor of the Central Bank of Nigeria, Mr. Godwin Emefiele, on Tuesday stoutly justified its monetary’ policy forbidding crypocurrencies transactions in Nigeria, saying trading in the virtual assets is illegal and has no place in Nigeria’s monetary system. Emefiele, who re-affirmed the apex bank’s policy stance against the virtual currencies when he appeared before […]

In furtherance of the desire to resolve its tax dispute with the Kaduna State Government amicably, Access Bank Plc has paid the sum of N240 million into the coffers of the state government. The payment by the lender was made known by the bank to the North West Zone of the Tax Appeal Tribunal, holden […]

BRTnews.ng, is an online publication with a strong penchant for investigative journalism. We have specialized skills in reporting business and economy globally but more particularly, banking and taxation matters. Our team comprised of a few seasoned journalists whose high...

To report and analyze accurately and timely global banking, revenue and tax-related issues with special focus on developments in Nigeria without bias for any ideological, ethno-religious and political interests or sentiments in order to impact positively on the global monetary and fiscal policy systems.