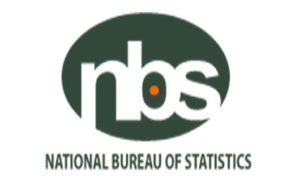 Despite not accounting for the highest value of Value Added Tax (VAT) generated in the current financial year, the Pioneering Sector has recorded the most impressive performance this year so far, growing by 283.21 per cent.

According to the just published Sectoral Distribution of VAT Report for the third quarter this year by the National Bureau of Statistics, NBS, the sector, which contributed about N979.95 billion to the gross VAT collections in Q1 this year, has continued to improve its performance on a sustainable basis, peaking at about N1.708 billion at the end of the third quarter. In Q2, the sector’s VAT stood at about N1.246 billion.

A cursory appraisal of the sector’s VAT performance in year 2016 showed that only about N2.92 billion was generated throughout the year. A breakdown of the VAT data for Q1, 2016 showed that total its value stood at N199.12 million as against the N216.32 million of the second quarter. In Q3 of the same year, the VAT data for Pioneering sector rose to N610.89 million while the improved performance trend was sustained to the last quarter with N1.896 billion recorded.

Overall, the sectoral distribution of VAT data for the quarter under review showed that N250.56 billion was generated as VAT as against N246.30 billion generated in the preceding quarter and N196.70 billion raked in the corresponding quarter (Q3) of last year, representing 1.73 percent Quarter-on-Quarter increase and 27.39 percent Year-on-Year increase.

A further analysis of the VAT distributions showed that other manufacturing generated the highest amount of VAT with N28.98 billion generated and was closely followed by Professional Services and Oil Producing both of which  generated N22.73 billion and N12.09 billion respectively.

Other highlights of the report indicated that Publishing, Printing and Paper Packaging sector improved its year-to-date growth to 57.1 percent. In Q1, the sector grossed N872.04 million while in the following quarter its VAT generation dropped to N614.52 million. In the just ended quarter, the sector’s collections dipped further to N529.16 million.

The Federation Accounts Allocation Committee (FAAC), on Wednesday at its meeting shared to the three tiers of government a total sum of N604.004 billion as federation allocation for the month of October 2020. From this amount, inclusive cost of collection to NCS, DPR and FIRS, the Federal Government received N220.751 billion, the States got N161.825 […]

The Nigerian Communications Commission (NCC) has disclosed that it more than N150 billion from spectrum license fees within the first five months of 2021, indicating N36 billion higher than its raked in revenue projections for the period. The commission’s Director of Public Affairs, Dr Ikechukwu Adinde, made the disclosure in a statement issued at the […]

The Centre for the Study of Economies of Africa (CSEA), a leading economic research organization, has listed some steps for government to take in order to translate the humongous tax incentives provided in the Finance Act 2020 for businesses to national economic benefits. Researchers at the Centre, in the just published Nigeria Economic Update 1 […]